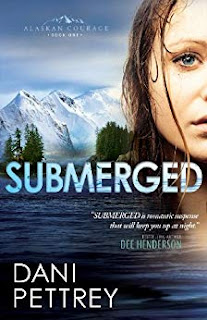 My Rating & Thoughts:    🌟 🌟 🌟 🌟    (4 stars)
Bailey hesitantly returns to Yancey after her aunt tragically passes away. She has inherited her aunt’s shop and needs to see about the selling of it, she plans to leave town as quickly as possible. However while in town she gets pulled in a mystery that only she may be able to solve with her knowledge of Russian history. During the investigation she reconnects with Cole McKenna. Bailey and Cole were close once, but she hurt him badly when they were young. Since then she has formed a relationship with Christ and is ashamed of her previous actions. She is allowing her past to hold her back. Meanwhile Cole is determined to show friendship to Bailey but wants to keep his heart in check knowing that she plans to leave Yancey as soon as possible.

I enjoyed the way the message of redemption was presented. Even though Bailey has become a Christian she still struggles with who she once was. Over the course of the story with the assistance of the McKenna family she learns to truly understand what God’s forgiveness means and accepts the second chance she has been given.

The suspense included a lot of Russian history that I didn’t follow or find myself really caring that much about. Rather than the mystery keeping me investigated it was the character relationships that held my attention especially the interactions between Cole’s best friend and his younger sister. I became so invested in these two that I started book two as soon as I turned the last page of this one.

Other Books by Dani: