Blacklisted in the photography business over a controversial shot, Avery Tate answered an ad for a crime scene photographer. She expected to be laughed at, but crime scene analyst Parker Mitchell hired her outright--and changed her life. But six months ago, when her feelings for Parker became too strong, she left his employ to sort out her heart.

Now, for the first time, Avery is facing the world that rejected her to attend the gallery opening of a photography exhibit and support her best friend, who modeled for the show. But the only image of her friend is a chilling photo of her posing as if dead--and the photographer insists he didn't take the shot. Worse, her friend can't be found. She immediately calls Parker for help. As Avery, Parker, and his friends in law enforcement dig into the mystery, they find themselves face-to-face with a relentless and deadly threat.

Still Life has the story of Avery and Parker. I enjoyed learning more about Avery’s history and seeing her overcome the struggles of her past and the changes that come when she stops running from her past and opens up to Parker, and forgives herself. Faith plays a role in overcoming the obstacles that were holding them back from being together. I liked the redemption that was shown throughout this story.

I enjoyed that there were a few storylines playing out all at once here. They were not confusing to the main storyline and you start getting to know the other characters from the group of childhood friends and their stories also. Getting to know Declan and Tanner more and the build up to their story left me with lots of anticipation for the next book in the series. 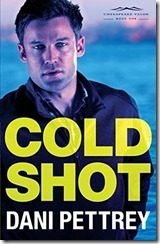 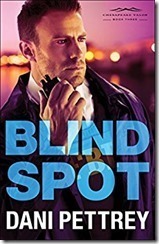