In college, Griffin McCray and his three best friends had their lives planned out. Griffin and Luke Gallagher would join the Baltimore PD. Declan Gray would head to the FBI and Parker Mitchell would go on to graduate school as a crime scene analyst. But then Luke vanished before graduation and their world--and friendships--crumbled.
Now Griffin is a park ranger at Gettysburg, having left life as a SWAT-team sniper when a case went bad. The job is mostly quiet--until the day he captures two relic hunters uncovering skeletal remains near Little Round Top. Griffin just wants the case to go away, but charming forensic anthropologist Finley Scott determines that the body is modern--a young social justice lawyer missing since spring--and all evidence points to the work of an expert sniper. When FBI agent Declan Gray takes over the case, past and present collide. Griffin soon realizes he'll need to confront some of the darkest days of his life if he--and those he cares about--are going to escape a downward spiral of murder that crosses continents.


My Rating & Thoughts:    🌟 🌟 🌟 🌟 🌟    (5 stars)
I was immediately drawn into this story right from the beginning. The interactions with Griffin and Finlay were entertaining at first, and then following along as they become friends and then draw closer together while getting to know their backgrounds and the hurts they are ach dealing with. I enjoyed seeing them dealing with these issues before they were ready for a relationship, helping each other through the issues they were dealing with in their own lives. I liked getting to know Griffin’s childhood friends and the beginnings of a storyline there for the next books in the series. I am left looking forward to the rest of the series. There was a message faith through the entire story. Examples of trusting in God and forgiveness were strong throughout. The characters were turning to prayer throughout the book and their drawing closer to God was evident because of it. 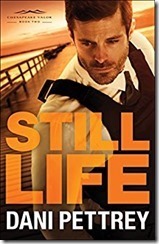 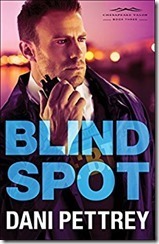