They were prisoners of the past. Could legacy be the key to set them free?

Olivia Arroyo knows who she is and where she’s going—her sense of family responsibility a stepping-stone to her dream of becoming a chef. When her employer refuses her the chance to move from server to the kitchen, she makes another opportunity for herself with the owner of a new food truck. But her life derails when a hidden piece of her past suddenly comes to light, and she discovers everything she thought she knew about herself has been a lie.

A single decision can have innumerable consequences—a truth that has changed Adam Carrington’s life. A criminal defense attorney turned food truck owner, he is haunted by his role in an unpardonable act and driven by his need to make restitution. Unexpected help comes in the form of a feisty, raven-haired beauty, but she soon begins challenging his kitchen as well as his heart.

Florida, 1816
Propelled by a fleeting hope of freedom, Winnie and her family escape slavery and find refuge and new life with the Seminole Indians of Florida. But their future is still uncertain as threats of war, a return to slavery, and removal to the West shake their tentative grasp on freedom. Will they ever step out of the shadow of fear to leave a legacy of deliverance?
Goodreads / Amazon
Sarah Monzon's Website


Releases August 6th!
This is a dual timeline story and while I loved the present day timeline with Adam and Olivia I struggled with the historical narrative of Winnie’s escape from slavery. I can’t really pinpoint what exactly it was about the historical side that I struggled with, but each time it flipped to this timeline I found myself anxious to get back to the present day story. Maybe it was because I liked Adam and Olivia so much I just wanted to spend all my time with them.


I loved the way Adam and Olivia first meet. Olivia was so bold in her approach to Adam I couldn’t help but want to get to know her. I quickly grew to love both Adam and Olivia individually and anxiously awaited for them to realize the chemistry between them. Both characters are struggling with pieces of their past. Olivia has discovered a secret is trying to reconcile it with everything she thought she knew. While I may not understand the decision Olivia’s parents made, I did love the displays of affection they shared. Adam has changed his whole life in trying to accept the outcome of a case he worked. It hurt to see how Adam was hurting and struggling to move forward.

I loved spending more time with the Carrington family and both brothers from the previous books, Trent and Michael, make appearances in this story. Their brotherly love not only added moments of entertainment but they provided another point of view for Adam.

I enjoyed how the two timelines ended up weaving together and the way the characters grew through the challenges. 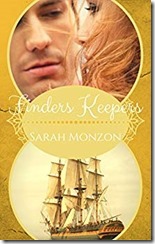 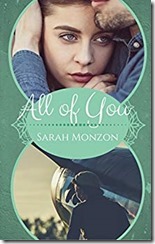 Finders Keepers Review / All of You Review
Goodreads  / Amazon
Posted by JaneReads at 8:00 AM