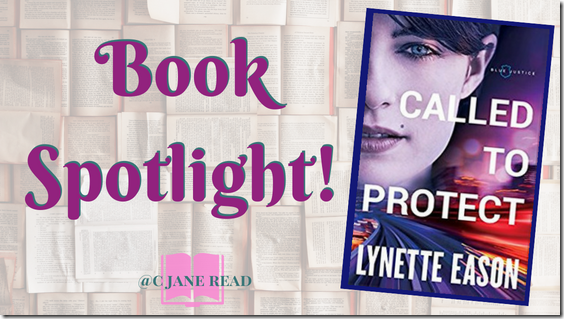 
For the past year, Chloe St. John has been working as a K-9 cop with her German shepherd partner, Hank. After being dumped by her fiancé for another woman, Chloe has decided that Hank is just about the only male she likes. She's over the whole romance thing and focuses her attention on doing her job. Because a serious case of human trafficking with connections to her missing cousin just landed in her lap.

When US Marshall Blake MacCallum's daughter goes missing, he's ordered to kill the judge he's protecting and tell no one about his daughter's disappearance or she will die. Blake races against the clock to rescue his daughter while Chloe and Hank are asked to be a part of the task force assembled to bring down the traffickers. Chloe finds herself attracted to the silent, suffering man, but thanks to her previous bad judgment, she wonders if she can trust him. And can Blake trust himself around this firecracker of a woman?

Bestselling author Lynette Eason warns readers to buckle in for a fast and furious ride that will have their hearts pumping from the very start.
Goodreads / Amazon / Christianbook 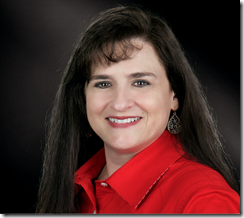 Lynette Eason is the best-selling, award winning author of almost fifty books including the Women of Justice series, the Deadly Reunions series, the Hidden Identity series, the Elite Guardians series and the Blue Justice series. She writes for Revell and for Harlequin’s Love Inspired Suspense line. Her books have appeared on the CBA, ECPA, and Publisher’s Weekly bestseller lists. She has won several awards including the Carol Award, the IRCC award, the Selah, and the Christian Retailing’s Best 2017 Award. She placed in the top ten in the James Patterson 2016 co-writer contest. The movie, Her Stolen Past, based on Lynette’s novel, aired February 2, 2018 on the Lifetime Movie Network. Lynette is a member of American Christian Fiction Writers (ACFW), Romance Writers of America (RWA), Mystery Writers of America (MWA), International Thriller Writers (ITW), and Faith, Hope, and Love (FHL) chapter of RWA as well as the Kiss of Death (KOD) chapter.

Posted by JaneReads at 6:47 PM