Orphaned in the cholera epidemic of 1833, Adria Starr was cared for by a slave named Louis, a man who stayed in Springfield, Kentucky, when anyone with means had fled. A man who passed up the opportunity to escape his bondage and instead tended to the sick and buried the dead. A man who, twelve years later, is being sold by his owners despite his heroic actions. Now nineteen, Adria has never forgotten what Louis did for her. She's determined to find a way to buy Louis's freedom. But in 1840s Kentucky, she'll face an uphill battle.

Based partly on a true story, Ann H. Gabhart's latest historical novel is a tour de force. The vividly rendered town of Springfield and its citizens immerse readers in a story of courage, betrayal, and honor that will stick with them long after they turn the last page.
Goodreads / Amazon / Christianbook
Ann H. Gabhart's Website


My favourite character in this story was Louis. He was a wonderful example of a godly man, his strong faith shone through the pages. He was willing to accept whatever plan God had for his life. What the town did for him in a time period where this went against the norm was amazing and made my heart feel good. I was astonished when I read the authors note and found out that his portion of the story was based on true events.

From the first meeting of Ruth and Adria I felt for both of them. They had lost so much during the cholera epidemic that I found myself hoping they had some happiness going forward. As I got further into the story and spent more time with the characters I found myself caring more about Ruth than Adria. While I agreed with Adria’s thoughts on owning salves and could understand the struggles she faced with wanting to speak out about it, but couldn’t because she was a woman. I just didn’t connect with her the same as I did Ruth. I was pleased with the way Ruth’s story ended but found myself unsatisfied with the ending for Adria.
I found this story hard to read, not because of the subject matter but rather because of the style of writing. I felt it moved slow and was easy for me to set aside. I don’t read a lot of historical stories set before the civil war, but if you are one who normally enjoys historical stories you may appreciate this more than I did.

(I received an complimentary copy of this book from Revell through NetGalley.
Opinions expressed in this review are my honest opinion and completely my own.)

Other Books by Ann: 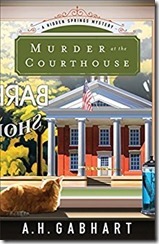 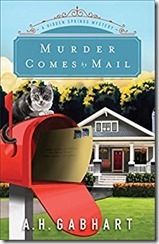 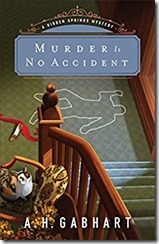