For the past year, Chloe St. John has been working as a K-9 cop with her German shepherd partner, Hank. After being dumped by her fiancé for another woman, Chloe has decided that Hank is just about the only male she likes. She's over the whole romance thing and focuses her attention on doing her job. Because a serious case of human trafficking with connections to her missing cousin just landed in her lap.

When US Marshall Blake MacCallum's daughter goes missing, he's ordered to kill the judge he's protecting and tell no one about his daughter's disappearance or she will die. Blake races against the clock to rescue his daughter while Chloe and Hank are asked to be a part of the task force assembled to bring down the traffickers. Chloe finds herself attracted to the silent, suffering man, but thanks to her previous bad judgment, she wonders if she can trust him. And can Blake trust himself around this firecracker of a woman?

This was a very heavy topic to be dealing with. I liked how the topic of human trafficking was dealt with. It was not glossed over or made light, the storyline portrayed the devastation and heaviness of this topic, but rather than just leaving me with nightmares, it gives insight into such a frightening reality. The story also shows the hope for recovery aspect of this as well.
As soon as I picked up this book, I did not want to put it down. This is a hold your breath, nonstop action book!
I enjoyed reconnecting with the St John family members, and getting to know Chloe and her K-9 Hank much better. I quite enjoyed learning much about the K-9 talents of Hank- that was very interesting.
I enjoyed Blake MacCallum’s past, particularly the story with his daughter. I love how that was portrayed and the love that he has for her, even when she did not always realize it. I liked that those family and parent/child dynamics were portrayed. I liked the budding relationship between Chloe and Blake, and liked that the emphasis was on the other storyline with rescuing the girls, which i enjoyed.
I enjoyed Rachel’s character and the insight and reality that her character brought to the topic of human trafficking. She was very brave and selfless in her fight to try to help the other girls.
This is a very fast paced must read. I am now looking forward to getting into Brady’s story!

(I received an complimentary copy of this book from Revell through NetGalley. Opinions expressed
in this review are my honest opinion and completely my own.) 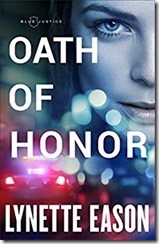 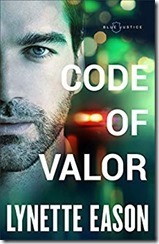 Oath of Honor Review
Goodreads  / Amazon / Christianbook
Posted by JaneReads at 8:00 AM