Denver chef Rachel Bishop has accomplished everything she's dreamed and some things she never dared hope, like winning a James Beard Award and heading up her own fine-dining restaurant. But when a targeted smear campaign causes her to be pushed out of the business by her partners, she vows to do whatever it takes to get her life back . . . even if that means joining forces with the man who inadvertently set the disaster in motion.

Essayist Alex Kanin never imagined his pointed editorial would go viral. Ironically, his attempt to highlight the pitfalls of online criticism has the opposite effect: it revives his own flagging career by destroying that of a perfect stranger. Plagued by guilt-fueled writer’s block, Alex vows to do whatever he can to repair the damage. He just doesn’t expect his interest in the beautiful chef to turn personal.

Alex agrees to help rebuild Rachel’s tarnished image by offering his connections and his home to host an exclusive pop-up dinner party targeted to Denver’s most influential citizens: the Saturday Night Supper Club. As they work together to make the project a success, Rachel begins to realize Alex is not the unfeeling opportunist she once thought he was, and that perhaps there’s life—and love—outside the pressure-cooker of her chosen career. But can she give up her lifelong goals without losing her identity as well?

There is so much to love about this book. The focus is on a chef who specializes in fine dining, but after an article about her goes viral she loses her kitchen and it looks like all her dreams have come crashing down. Alex never imagined that his article would have the effect it did and feels horrible about it, so he sets out to make amends with Rachel (someone he has never met). Their first meeting is strained understandably, Rachel is angry at Alex for what he has done to her but Alex is determined to try to fix things and offers to help Rachel get another restaurant. Eventually Rachel decides to take Alex up on his offer and the two begin the Saturday Night Supper Club as a way to show off Rachel skills and find her investors. Neither imagined that this partnership would turn into so much more.

I am not a cook by any means and food holds little appeal to me (I eat because it’s required). Fine dining is so out of my realm, but even I could appreciate the love of cooking Rachel has and the effort she puts into it. It was heartbreaking to see her lose her kitchen because of one article and some comments made. I loved how Alex reached out to Rachel to try to make amends. It was his integrity that drew me to him at first and then as I got to know him more I grew even more attracted to him.

It was the relationships that really had me cheering for these characters. There were so many included, each was special and touched me in different ways. The friendship between Rachel and her girlfriends had me not only looking forward to each scene with them, but also wishing my best friend lived closer so that we could get together like these girls did. The sibling relationship between Alex and Dani had me wishing for a stronger relationship with my brother. Then there was the friendship between Alex and his best friend, the mentorship between Marshall and Alex. However it was the budding romance that was the topper for me. It was filled with so many sweet and romantic moments. I loved how Alex didn’t push Rachel, instead gave her stuff to think about and let her realize things on her own. I was frustrated with Rachel near the end when I felt she was being a little too stubborn, but she came around and I was pleased with the decision she made about her future.

Ms. Laureano wrote a beautiful story that kept me glued to the pages, connecting with the characters and feeling their emotions. I am looking forward to future books in this series, really hoping the feature moves to the best friends which would allow me to spend more time with most of these characters and allow me catch up with Alex & Rachel.

(I received a copy of this book from CelebrateLit; opinions expressed in this review

Guest Post from Carla Laureano:
I’ve got a confession to make: I have a cooking problem.

It started early and innocently enough, flipping through my mom’s cookbooks and marking things I wanted to try. Making cakes and muffins from a mix. Flipping frozen steak patties. Doctoring canned spaghetti sauce.

It wasn’t long before I got into the hard stuff: muffins from scratch, slow-cooked marinara, cast-iron seared and oven-finished rib eyes. Over the years, I tried to kick the habit numerous times, but every time things got tough, I found myself falling off the wagon and heading back into the kitchen. Even hosting dinner parties. Yes, dear reader, I pulled my hapless friends into my madness. To my shame, I even got some of them hooked with their own addiction.

Before I knew it, my obsessions started creeping into my day job. No longer was it enough to write contemporary romance about normal people who order take-out. No, I had to write chefs and passionate home cooks and describe the food in the books just as lovingly as I did a first kiss. And then the final straw—a book series centered entirely on food and the culinary profession, beginning with The Saturday Night Supper Club.

All joking aside, cooking really is an addiction that I haven’t been able to kick. As a writer, I spend hours locked in my own imagination, creating things out of words and ideas. And while it’s immensely fulfilling, it’s a long, painstaking process that takes months, even years, before I can release the final product into the world. While there’s a large amount of planning and analysis involved in creating a book, the work is still mostly in my head.

Which is why I find cooking to be such a relaxing creative pursuit. Dicing a pile of vegetables into perfectly uniform cubes may take the same concentration and precision, but it’s concrete and measurable. It becomes a personal challenge to do something better than last time, improving by tiny, nearly imperceptible increments. It’s the closest to meditation that my always-on brain ever experiences, clear of all thought except for my activity at the present moment.

And yet, simultaneously, food is ephemeral. Mistakes last only as long as it takes to eat them or toss them directly into the trash can, depending on the nature of the mistake. If a sauce breaks, I toss it and start over. If I burn something, I either cut off the burned part or I order takeout and try again the next day. There’s an element of experimentation and instinct and whimsy that isn’t hampered by the pursuit of perfection. Let’s face it, a mediocre chocolate chip cookie beats a perfect celery stick any day of the week.

It was natural, then, to write a chef heroine who had dedicated her entire life to the pursuit of culinary perfection and explore all the ways that food makes our lives and relationships richer. How it anchors our memories. How we nurture others by feeding them. How a simple meal becomes meaningful not because of the food, but because of the connections we form with others over the dinner table.

In the end, I guess my cooking problem isn’t that much of a problem after all. If you need me, I’ll be in the kitchen. 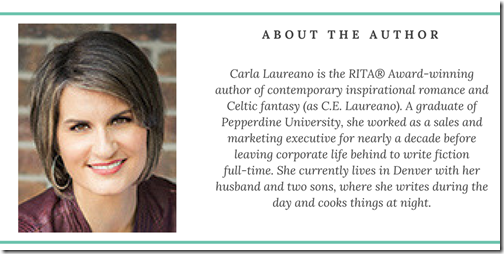 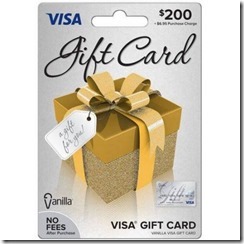 To celebrate her tour, Carla is giving away a grand prize of a $200 Visa Card for the winner and a friend to attend a cooking class!!