A notorious gang puts a bounty on Detective Cady Matthews’s head after she takes down their leader, leaving her no choice but to hide until she can testify at trial. But her temporary home across the country on a remote North Carolina island isn’t as peaceful as she initially thinks.

Living under the new identity of Cassidy Livingston, she struggles to keep her investigative skills tucked away, especially after a body washes ashore. When local police bungle the murder investigation, she can’t resist stepping in. But Cassidy is supposed to be keeping a low profile. One wrong move could lead to both her discovery and her demise.

Can she bring justice to the island . . . or will the hidden currents surrounding her pull her under for good?

This is the first book in a new series by Ms. Barritt. The prologue gives us insight into what happened to cause Cady/Cassidy to go into hiding. She escapes to Lantern Beach a place so remote she should be safe and be able to lay low. However her natural detective instincts take over when she sees the local police fumbling a murder investigation. She struggles to fight her instincts to get involved and decides to try to search for clues and still stay under the radar. Will she be able to solve the case while keeping her identity a secret?
The locals were really friendly with Cassidy (even if they won’t buy her ice cream), and I especially enjoyed the run-ins between her and Ty. First impressions can be so wrong. I am definitely a Ty fan already and expect he will be the first one to figure out that Cassidy is not who she says she is.
While one mystery is solved in this story, the one that sent Cassidy to Lantern Beach is still ongoing. I am looking forward to future books in this series, not only to see what is going to happen with Cassidy’s case, but also to spend more time with Ty and the girls Cassidy has met.

Other Books by Christy Barritt: 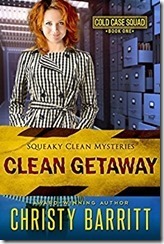 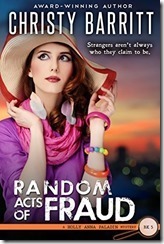 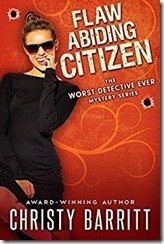 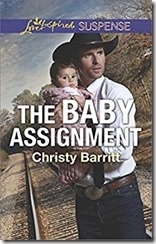