One Old West Cinderella discovers Prince Charming is a. . . Cowboy?

The death of her mother left Philamena Booth grieving and at the mercy of her drunken father. After spending more than a decade held captive on their run-down farm, she’s left speechless and dazed when her father strikes a bargain to settle a long overdue debt. In lieu of payment, a handsome cowboy agrees to take her. Mortified yet relieved to leave the farm, Philamena unexpectedly finds herself married to a charismatic, caring man.

Luke Granger might own Hardman’s bank and the fanciest house in this Eastern Oregon town, but he’d much rather be outside riding his horses or wrangling his herd of cattle than keeping his account books straight. In a strange, unsettling turn of events, he finds himself accepting a farmer’s daughter instead of money to cover a loan. If the man hadn’t threatened to sell her to the saloon owner, Luke might have refused. He has no idea what to do with beautiful Filly or their marriage of convenience, but he’s about to get far more than he bargained for.

Full of Victorian and western charm, The Christmas Bargain is a sweet holiday romance filled with the spirit of the season.

This story had me hooked right from the beginning. Luke, the local banker, goes to Filly’s house to collect a debt. When her father is unable to pay he gives his daughter to Luke as payment. Luke agrees to take her just to get her away from her father. Luke and Filly agree to get married for propriety sake, Filly will serve as Luke’s housekeeper and cook while Luke will protect Filly from her father. As they get to know one another their relationship grows from acquaintances to friends to love and not being able to imagine life without the other. But will they share their feelings with one another or will be they stay with their current agreement?

I did not want to put this story down and finished it in a day. I loved watching their relationship bloom and felt like I was experiencing day to day life with them. The descriptions were so well done that I easily pictured this western town, felt like I could reach out and touch the horses, walk the streets and smell the baking. Luke’s good friends, Chancey and Abby added a level of friendship and entertainment to the story. They were warm and welcoming to Filly from the moment they met her. They way they encouraged Filly warmed my heart. As soon as I finished I began book two as I did not want to say goodbye to the town of Hardman and these characters. 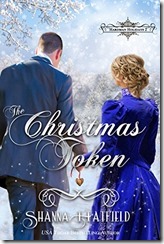 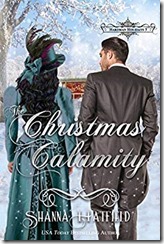 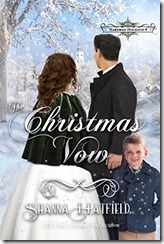 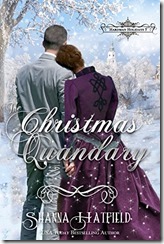 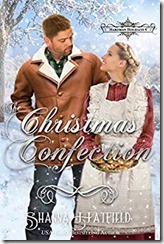