Bestselling author Robert Whitlow dives deep into the legal ramifications of a tragic event half a world away and how it affects two lawyers in Atlanta from vastly different backgrounds.

When Hana Abboud walked into the conference room, she was unprepared for the images of a horrific terrorist attack near the Western Wall in Jerusalem. But after watching a courageous mother sacrifice her life to save her four-year-old daughter, Hana knew she needed to help attorney Jakob Brodsky represent the family’s pursuit of justice against those who perpetrate acts of violent jihad. As an Arab Israeli lawyer trained at Hebrew University, Hana is uniquely qualified to step into the gap.
But they need a third partner, an investigator on the ground to help them unravel the snake pit of connections between the terrorists and an organization or company that can be sued in the American courts. Hana returns home to Israel and meets with investigator Hamid Hasan who quickly becomes more than a crucial part of the litigation team.

As Jakob and Hana investigate the case in the US, he is stalked on the streets of Atlanta by affiliates of a terrorist organization. Their pursuit of truth can only be resolved where it began: the streets of Jerusalem. But who can they trust? How deep does deceit go? Can two lawyers and a shadowy investigator impact the kind of violence and terror that has become common in our broken world?

I have enjoyed many of Mr. Whitlow’s books in the past, but this one did not hit the mark for me. Knowing that it was partially set in Israel I should have been expecting the foreign stuff. Even though the descriptions of the area were very detailed I still felt overwhelmed and lost in a foreign country.

The main characters pulled at my heart strings. It was easy to want justice for Ben and Sadie, who lost their wife/mother in the terrorist attack. Hana is the perfect person to be involved in this legal case with her background of being raised in the Middle East and her ability to speak multiple languages. Then there is Jakob, who is the private practice lawyer who Ben turns to for justice. Jakob is determined to get justice for his client and does not stop even after he gets hurts. Jakob was my favourite character and I looked forward to his scenes.

The legal pursuit to find the people responsible for the terrorist attack took many twists and seemed like there would be no justice found. There was a lot of tension interweaved, with quite a few people and various groups involved it was difficult to figure out who you could trust. While I enjoyed spending time with these characters the ending left me unsatisfied.

(I received a complimentary copy of this book from Thomas Nelson through NetGalley. Opinions
expressed in this review are my honest opinion and completely my own.) 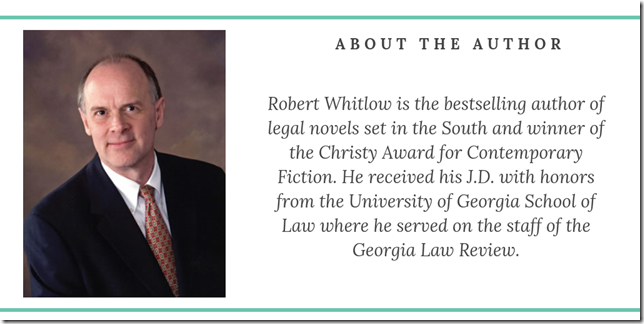 Chosen People—a title that reflects both the Biblical designation for the Jewish nation as well as converted Christians—opens during a terrorist attack near the Western Wall in Jerusalem. A courageous mother sacrifices her life to save her young daughter, leaving behind a grieving husband and a motherless child.

Whitlow’s many trips to Israel and his in-depth research into the culture and laws of the Holy City are evident throughout the story. Furthermore, his experience as a lawyer gives him keen insight into the mind of his main character Hanna Abboud, an Arab Christian Israeli lawyer working in Atlanta.

“This book provides a unique perspective to this region and its peoples through the eyes of an Arab Christian who believes that the faithfulness of God and truths of the Bible are unshakable realities,” says Whitlow. “This viewpoint is rarely expressed, yet it is one that needs and deserves to be heard so that it can become part of our framework for understanding this vital part of the world and the people who live there.” 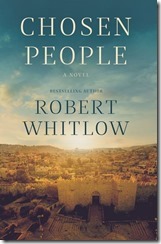 To celebrate his tour, HarperCollins is giving away a grand prize of three finished Robert Whitlow books (to be chosen by the publisher)!

Be sure to comment on the blog stops for nine extra entries into the giveaway!
Click the link below to enter.
https://promosimple.com/ps/d73a/chosen-people-celebration-tour-giveaway
Posted by JaneReads at 8:00 AM