In the biggest case of her career, attorney Kate Sullivan is tapped as lead counsel to take on Mason Pharmaceutical because of a corporate cover-up related to its newest drug. After a whistleblower dies, Kate knows the stakes are much higher than her other lawsuits.


Former Army Ranger turned private investigator Landon James is still haunted by mistakes made while serving overseas. Trying to forget the past, he is hired by Kate to look into the whistleblower's allegation and soon suspects that the company may be engaging in a dangerous game for profit. He also soon finds himself falling for this passionate and earnest young lawyer.
Determined not to make the same mistakes, he's intent on keeping Kate safe, but as the case deepens, it appears someone is willing to risk everything--even murder--to keep the case from going to trial.

“Even in the darkest times, He is there. Even when
we may not feel His presence or hear His voice.”


Two friends are on opposing sides of the case, can they still be friends once the case is decided?

Kate was a strong lead character, dedicated to her work and bringing justice for her clients no matter what happens. She won’t be scared off by the events happening to and around her. She hires PI Landon to look into something for her but his job ends up becoming more of a security detail for her after she is threatened multiple times.

Story does include a bunch of the legal footwork that is necessary to bring a case to trial. It is stressed to associates that even though this may be mundane work it is a very important part of the process. I liked that it showed this rather than glossing over it and making the process seem easy. There was quite a bit of legal jargon that did go over my head at times, but I understood the basics and knew which side I wanted to win. Getting there kept me on my toes never knowing what was going to happen next and just when I thought I knew who the mastermind was a twist was thrown in.

I always enjoy getting multiple perspectives throughout a book and this was no exception. Getting both sides of the case allowed me to feel more invested in the story and characters. I liked Ethan even when I didn’t agree with some decisions he was making. But Kate and Nicole were probably my favourites, they might be on different teams, but they had the same morals and guts to do what needed to be done.

This is the first book in the series and there were quite a few characters that I would be interested in getting to know more in future books. I will be on the lookout for book two.

“God loves you, and He’s there for you even when you don’t think He is. You’ve shut Him out, but it only takes small steps to change and open back up to Him.” 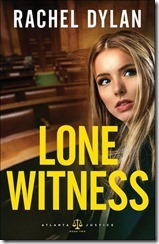