About the Book:
Ben Buttars is the youngest of the four Buttars brothers who come to Steeple Ridge Farm, and he finally feels like he’s landed somewhere he can make a life for himself. At only twenty-five, and having been cared for by his older brother when their parents died a decade ago, Ben’s never dated, never had a serious relationship, never really worried about anything.

Reagan Cantwell is a decade older than Ben and the recreational direction for the town of Island Park, five miles from the farm where Ben works. When she visits him to discuss a partnership between the farm and the recreational department, she likes a lot more than just his horse. But she’s practically married to her job, works with two dozen other men, and doesn’t know how to carve out room in her life for Ben.


Though Ben is young, he knows what he wants—and that’s Rae. Can she figure out how to put what matters most in her life—family and faith—above her job before she loses Ben?


My Rating & Thoughts:    🌟 🌟 🌟 🌟 🌟  (5 stars)
This is a wonderful start to a new series, centered on four brothers living at Steeple Ridge Ranch. This book focuses on youngest brother, Ben. He is only 25 but after losing both his parents at 15 he did not have the typical teen years and has never dated. He meets Rae and is instantly attracted to her but she is older than him and more experienced with relationships. He has no idea how to even talk to a woman he is attracted to never mind how to ask one out. I was drawn to Ben from the beginning, he may be inexperienced but he knows what he wants and was so cute when asking for advice about dating. I couldn’t help but think of Gideon from the movie Seven Brides for Seven Brothers when Ben was unsure how to act with Rae. Rae’s life is her job but then she meets Ben and longs for more. Can she make room in her life for him? Is he ready for a relationship with Rae? The age difference between Rae and Ben bothered me at first, but they were so great together that I didn’t even give it a second thought after a bit. I really enjoyed following these two through the downs and ups of their relationship. I look forward to reading the next books in this series and getting to know the other brothers more.
“She’d almost given up control to the Lord. As she released the last bit of hold she had, a sense of freedom penetrated her thoughts so strongly.” 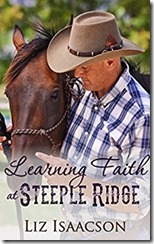 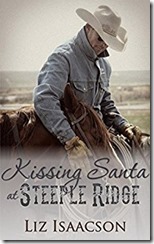 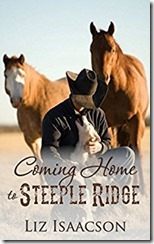 Amazon
Posted by JaneReads at 8:00 AM