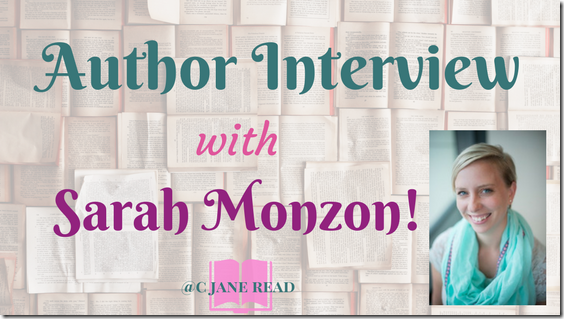 I am so excited to welcome Sarah Monzon to the blog today. Sarah writes Christian contemporary romance. Her debut novel The Isaac Project released in 2015 and her fourth book, The Esther Paradigm releases in just a few days - Nov. 2. I have read all her books and she has easily become one of my favourite authors. I had to jump at the chance when she offered to do an interview for me. Come back tomorrow for my review on her new book, The Esther Paradigm. 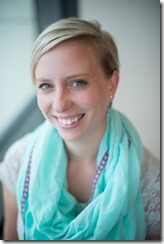 Sarah is a Navy chaplain's wife and a stay at home mom to the two cutest littles in the world. Playing pretend all day with them isn't enough, she spends the evenings after their heads hit the pillow to create her own imaginary characters. When she isn't in the world of make believe, she can be found in the pine forests of western Washington taking care of her family, fostering friendships, and enjoying all the adventures each day brings. 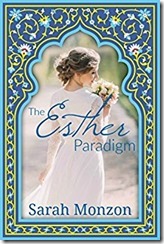 About the Book:
Hannah Pratt dreams of starting a school for the Bedouin clan she grew up with as a missionary kid, and finally her hopes are coming true. But shortly after she returns to the desert from her college years in the U.S., she discovers her parents have received threats from their Muslim neighbors. As the danger escalates, Hannah finds she’s in the middle of a battle no one seems to understand. She must decide to what lengths she'll go to stay faithful to the mission to which God has called her. Even if it costs her everything.

As sheikh, Karim Al-Amir feels the weight of responsibility as the leader of his people. When a mysterious illness ravishes the clan’s flocks and threatens to destroy their centuries-old way of life, locals believe the American doctors and their daughter, his childhood friend, Hannah, are to blame. Karim must do something to keep them safe—even if the only solution can be found within marriage vows.

In a society where the line is drawn between us and them, Christianity is outlawed, and foreigners are mistrusted, will their union heal wounds or inflict the final fatal blow?

Let's talk with Sarah:
Can you share 5 random facts about you?
- I've walked a portion of the Great Wall of China.
- I broke my middle finger falling off a horse.
- More than one person in my family has had an opossum as a pet.
- I've never had a cavity.
- I'm scared of talking into a microphone.
JaneReads: We have a few things in common, I've fallen off a horse (didn't break anything though), never had a cavity either, and dislike speaking in mics (which is a problem when testing sound equipment at work).
Do you have a favourite place to write?
I know it's unconventional, but I write at the gym. I take my iPad and write on it while peddling away on a stationary bike. It works for me mostly because I can put my three-year-old daughter in child watch.
JaneReads: That is definitely unconventional, but apparently it works!
Where do you get your inspiration for character development?
A lot of prayer. I pray every day before I start writing. The story peculates in my brain when not writing and I find myself praying about it then as well.
What is your favourite part of the writing process?
I love the excitement on brainstorming a new story. So many possibilities!
What kind of things did you have to research while writing The Esther Paradigm?
Ummm...pretty much all of it? lol. I had to research the setting, the characters, the culture, the clothes, the food. Everything. I had no less than a dozen tabs open at all times.
JaneReads: You did an amazing job, because I felt like I was transported to the setting.
What book/s have you enjoyed recently?Oooohhh!! One of my favorite books of the year I read just a few weeks ago. The Secret Life of Sarah Hollenbeck by Bethany Turner. So good! You should check it out if you haven't read it yet.
JaneReads: I recently just read and reviewed this one too.
Do you have any parting words?
Thank you so much for having me. I'm honored for the opportunity to be a guest on your blog.
Thank you so much for taking the time to share with your readers.
My review of The Esther Paradigm up tomorrow. But let just me say now, this book was incredible.
Posted by JaneReads at 8:00 AM