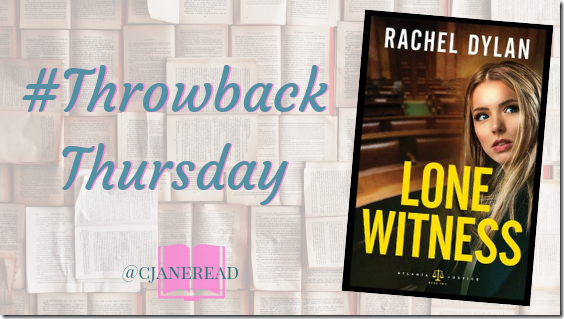 It’s Throwback Thursday! Today I am resharing my review of Lone Witness by Rachel Dylan. This is book two of her Atlanta Justice Series and book three releases early next month (Feb. 5). I loved this book and highly recommend this series if you enjoy legal suspense with a touch of romance.

Sophie is determined not to back down, but her bank case gets more complicated by the day, and the gang will stop at nothing to keep her from testifying. Sophie wants to take a stand for what's right--but can Cooper, who is determined not to be distracted by their growing attraction, keep her safe so that she can finish her pursuit for justice?
Goodreads / Amazon / Christianbook
Rachel Dylan's Website
Review by JaneReads: (originally posted April 22/18)