Full Steam Ahead by Karen Witemeyer

About the Book:
When love simmers between a reclusive scientist and a wealthy debutante, will they abandon ship or is it full steam ahead?

Nicole Renard returns home to Galveston, Texas, to find her father deathly ill. Though she loves him, Nicole's father has always focused on what she's not. Not male. Not married. Not able to run Renard Shipping.

Vowing to find a suitable husband to give her father the heir he desires before it's too late, Nicole sets out with the Renard family's greatest treasure as her dowry: the highly coveted Lafitte Dagger. But her father's rivals come after the dagger, forcing a change in Nicole's plans.

After a boiler explosion aboard the Louisiana nearly took his life, Darius Thornton has been a man obsessed. He will do anything to stop even one more steamship disaster. Even if it means letting a female secretary into his secluded world.

Nicole is determined not to let her odd employer scare her off with his explosive experiments, yet when respect and mutual attraction grow between them, a new fear arises. How can she acquire an heir for her father when her heart belongs to another? And when her father's rivals discover her hiding place, will she have to choose between that love and her family's legacy?

First I have to say - I loved Darius. His caring nature along with his quirks drew me right in. Nicole and Darius were both enduring characters on their own but when they were together they were perfect. They complimented each other really well.
The opening scene was heart-breaking, I could totally understand what motivated Darius when we see him again later on. Nikki has always struggled with the fact that she is a girl rather than a son for her father to have an heir. Her father is now sick and their family rivals are trying to steal a family heirloom. Nikki is sent to New Orleans in hopes of finding a husband who can become the heir that her father needs but her plans are amended and she ends up in Liberty instead with little money. It is here that she meets Darius and she is able to convince him to hire her as his secretary. He is hesitant to hire a woman but she passes the test he gives her. I enjoyed following along with these two learning to work together and getting to know one another. The way they overcame the challenges that were presented to them and the affection that grew for one another was delightful. I loved the little twist where something was revealed about Darius that Nicole didn’t know and ended up changing the situation for the better. As readers we knew his secret but to experience Nicole finding out was delightful.

I enjoyed that Nicole was able to help Darius overcome the guilt he battled and in exchange Darius was able to fulfil Nicole’s quest. The secondary characters of little Jacob and Mr. and Mrs. Wellborn added a depth to the story that I enjoyed.

I found it interesting to learn about the steam engines and the challenges with the boilers back in the day. I was intrigued with seeing how Darius was working on making them safer. The authors note at the end about this time in history taught me things I didn’t know. My only negative thought is that I was left at the end with the question how did they find Nicole?

The ultimate message I take away from the story was learning to forgive ourselves and overcome the past. I recommend adding this one to your to read pile.

(I purchased my copy of this book, opinions expressed in this review
are my honest opinion and completely my own.)

Other Books By Karen: 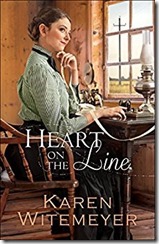 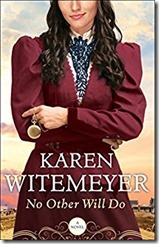 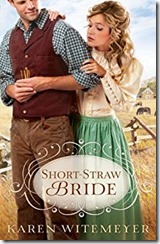 Heart on the Line Review
Goodreads  / Amazon  / Christianbook
Posted by JaneReads at 8:00 AM