In college, Griffin McCray and his three best friends had their lives planned out. Griffin and Luke Gallagher would join the Baltimore PD. Declan Gray would head to the FBI and Parker Mitchell would go on to graduate school as a crime scene analyst. But then Luke vanished before graduation and their world--and friendships--crumbled.
Now Griffin is a park ranger at Gettysburg, having left life as a SWAT-team sniper when a case went bad. The job is mostly quiet--until the day he captures two relic hunters uncovering skeletal remains near Little Round Top. Griffin just wants the case to go away, but charming forensic anthropologist Finley Scott determines that the body is modern--a young social justice lawyer missing since spring--and all evidence points to the work of an expert sniper. When FBI agent Declan Gray takes over the case, past and present collide. Griffin soon realizes he'll need to confront some of the darkest days of his life if he--and those he cares about--are going to escape a downward spiral of murder that crosses continents.

I could not put this down, I was immersed into the story right from the discovery of the body and felt like I was right there with the characters trying to figure out who it is, what happened and who is responsible. This is definitely an action packed and suspense filled ride. There were some scary moments when I wondered if (and how) things would turn out okay. Just when you think you know the answers a twist is thrown in and you are left searching for more answers just like the characters.

Griffin and Finlay have been acquainted for a while and have defined impressions of each other until they are forced to work closely together and learn that their opinions might not be correct. They work together well and chemistry develops. When Finlay’s life is endangered Griffin will do anything to protect her, which includes having to face past demons. I did feel their relationship developed from attraction to love a bit too quickly but I really enjoyed their interactions that I can accept it. I loved that the characters turned to prayer quite a bit not only in times of danger and anxiety.

In addition to the actual case storyline there is much more going on with the characters which gave them depth and made them multidimensional. Each character is dealing with some sort of hurt and is on a journey towards healing. Even though Griffin and Finlay are the main characters in the story we really got the opportunity to get to know some of the other players and I enjoyed the multiple points of view that Ms. Pettrey included. The villain’s pov parts were short but creepy making me really want them caught.

I really enjoyed the dynamics between the characters and am so glad this is only the first book in the series as it means I get to spend more time with them in future books. Now onto book two ...


“The breathtakingly handsome man had been both the bane of her existence
and source of tingly excitement for the past five months.”

(I purchasd my copy of this book; opinions expressed in this review 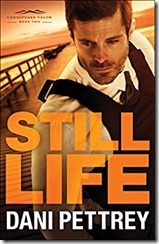 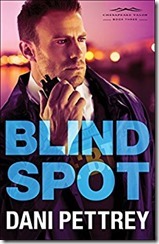