Jane Reviews: To Win Her Heart by Karen Witemeyer

About the Book:
Do They Have a Fighting Chance at Love?


After completing his sentence for the unintentional crime that derailed his youthful plans for fame and fortune, Levi Grant looks to start over in the town of Spencer, Texas. Spencer needs a blacksmith, a trade he learned at his father's knee, and he needs a place where no one knows his past.

Eden Spencer has sworn off men, choosing instead to devote her time to the lending library she runs in the town her father founded. When a mountain-sized stranger walks through her door and asks to borrow a book, she's reluctant to trust him. Yet as the mysteries of the town's new blacksmith unfold, Eden discovers hidden depths in him that tempt her heart.

Eden believes she's finally found a man of honor and integrity. But when the truth about Levi's prodigal past comes to light, can this tarnished hero find a way to win back the librarian's affections?
Goodreads / Amazon / Christianbook
Karen Witemeyer's Website


This story builds in a way that allows you to really get to know the hearts and motivations of the characters before the climax moment happens. I quickly fell for Levi, right from the beginning you get a glimpse of what he is trying to overcome and see his determination to follow God’s way. The more I got to know him and his past the more I began to care that things would work out for him and that the townsfolk would see who he was now. I found Eden a bit more difficult to connect with, and I can’t really explain why (maybe I just fall for guys easier). Over the course of the story she grew on me and by the time the fight scene happened I was right there with her wanting to stop the events. I was very proud of how she stood up to everyone.

There were a couple things that I really enjoyed about this story. The first being the exchange of letters between Levi and Eden, even though they lived close to one another and interacted in person almost daily they wrote long letters to one another which allowed them to really get to know one another and share their inner thoughts. The second thing that I liked was that Levi came clean about his past to Eden himself even though he was scared about how the truth would affect their relationship. He took that leap of faith and even though it did not turn out well for him at first things did turn around and their relationship become stronger because of his honesty. 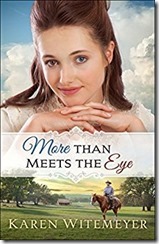 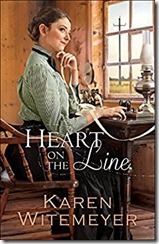 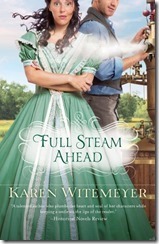 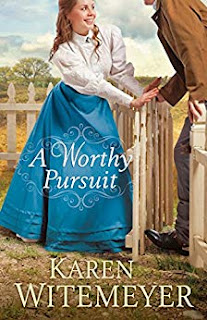 More Than Meets the Eye Review / Heart on the Line Review / Full Steam Ahead Review / A Worthy Pursuit Review
Goodreads / Amazon / Christianbook
Posted by JaneReads at 8:00 AM