Charming the Cowboy by Liz Isaacson

About the Book:
Third grade teacher Heather Carver has had her eye on Levi Rhodes for a couple of years now, but he seems to be blind to her attempts to charm him. She's about to throw in the towel when an accident on his horse farm finally has him looking her way.

Levi, who started his boarding stable from scratch, thinks he has everything he needs. Plenty of money, horses, and his beloved Texas Hill Country. Women have never brought him anything but trouble, and he's not interested. No sirree.

Until his best friend's little sister breaks her leg while at his stables. Then Heather infiltrates his life in ways he'd never thought possible, and his strict anti-female stance slips. Will Heather heal his emotional scars and he care for her physical ones so they can have a real relationship?


Heather & Levi have known each other forever. Levi is best friends to her brother and has spent so much time with her family that her parents think of him as another son, but Heather views Levi in a different light. She has harboured these feelings for Levi for a few years, but it seems like it will never happen because he doesn’t see her. When she gets hurt on his ranch something inside of him makes him see her completely different, a new feeling emerges and scares him. She’s his best friend’s sister, he can’t feel this way about her and why has he never seen her in this light before. Because of her accident these two end up spending more time than they ever have together. When Heather is able to get Levi to open up about stuff that he hasn’t told anyone else, he realizes he likes her more than he ever thought and decides to give a relationship a try and so they begin dating. Everything happens at warp speed in their relationship probably because they have known each other for so long, but one conversation happens that threatens to tear them apart just as fast as they got together. Can they both learn to let go of their need to control the future and let God decide his plans for them?

I really enjoyed Dwayne’s involvement in their relationship. He played the big brother role and warned Levi not to hurt her, but he also acted in ways to get them together. I loved how Levi wasn’t shy about what he wanted once he realized it. He did not hold back with his feelings. This story was a mix of enjoyable characters, fun and sweet moments and challenges needing to be overcome or accepted that had me rooting for the Heather & Levi to be able to find happiness together. 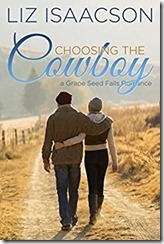 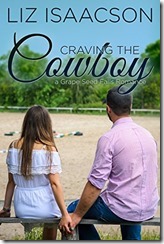 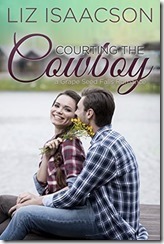 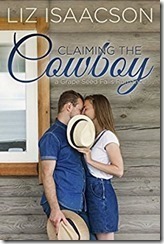