C Reviews: Her One and Only by Becky Wade

Gray Fowler, star NFL tight end, is being pursued by a stalker, so his team hires a protection agency to keep Gray under the watch of a bodyguard at all times. When Gray meets Dru Porter, an agent assigned to him, he's indignant. How can an attractive young female half his size possibly protect him?

But Dru's a former Marine, an expert markswoman, and a black belt. She's also ferociously determined to uncover the identity of Gray's stalker. And she's just as determined to avoid any kind of romantic attachment between herself and the rugged football player with the mysterious past. But the closer they get to finding the stalker, the closer they grow to each other. As the danger rises, can Dru and Gray entrust their hearts--and their lives--to one another?
Goodreads / Amazon / Christianbook
Becky Wade's Website﻿


I enjoyed the fourth and final book in the Porter Family series. We met Dru in a previous book in this series, as the youngest family member. The story between Dru and Gray was filled with suspense as well as lighthearted and funny interactions. I liked how Gray’s journey of faith was portrayed. It seemed realistic.
It was nice to catch up on the lives of all of the siblings, and especially nice to see a secondary storyline focusing on Bo and Meg and their lives. This added nicely to the book without taking away from the main storyline.
Throughout this book, there were lessons on the importance of faith, forgiveness, healing and letting go of the past and trusting God. 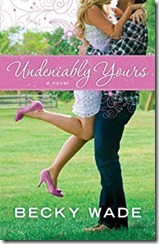 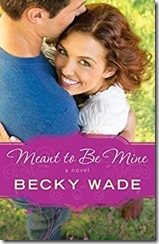 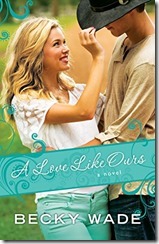