The police say the woman was a murderer. Emilie Wesley knows they can't be talking about her client . . . can they?

To the world it seems obvious: Kaylene Adams killed her daughter and then was shot by police. Attorney Emilie Wesley knows a different story: Kaylene would never hurt anyone and was looking for a way out of a controlling, abusive relationship. Her death shakes Emilie's belief that she can make a difference for women in violent marriages. Self-doubt plagues her as she struggles to continue her work in the wake of the tragedy.

Reid Billings thought he knew his sister-right up until he learned how she died. He discovers a letter from Kaylene begging him to fight for custody of her daughters if anything should happen to her. No attorney in her right mind would support an uncle instead of the father in a custody case, but Kaylene's letter claims Emilie Wesley will help him.

Thrown together in a race to save Kaylene's surviving daughter, Emily and Reid pursue the constantly evasive truth. If they can hang on to hope together, can they save a young girl-and find a future for themselves in the process? 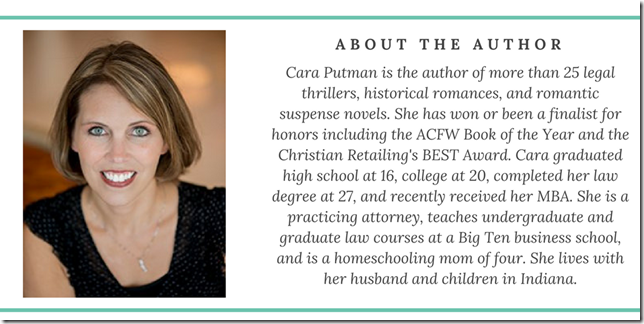 “Don’t forget the power of asking God for help.”

This is a legal thriller, with suspense and romance thrown in. Kaylene turns to the Haven for help but when time comes for her to appear in court she doesn’t show. Emilie acting as her lawyer becomes worried when all attempts to reach her go unanswered. When it is revealed why she didn’t show Emilie and Kaylene’s brother, Reid, don’t believe what the media and police are saying and are determined to find the truth. But finding proof of what they suspect happened is hard and they seem to be fighting an uphill battle. Emilie personally takes on the burdens of all her clients and this case is really weighing on her, she can’t let go. Emilie’s boss wants her to focus on the women that she can help and Reid is being blocked by his brother-in-law to learn anything about his niece. Together will they be able to find the answers they are looking for and save Reid’s niece? In the midst of this Emilie is also dealing with a stalker.

The story moves slowly really focusing on the battle women experiencing domestic abuse face and Reid’s financial job. This allows readers to really get to know Reid and Emilie, understanding their approach to life and what Emilie deals with while fighting for abused women. This was a difficult and sometimes depressing subject to read about, but it is one that sadly happens quite a bit and needs to brought out in the open in order to be stopped.

I really felt for Emilie, she is so burdened and feeling alone, her faith is tested but she learns that God is there with her through it all. Reid is feeling guilty for not being aware of what his sister was going through and I admired him for fighting for his niece. The relationship that forms between these two was nice, I really enjoyed their interactions. I am intrigued by a couple other characters that show up and wonder if Ms. Putman will focus on them in the next books, and if so what their story will hold.

“Love comprised a series of small sacrifices that built

over time to a lasting relationship.”

(I received a complimentary copy of this book from Thomas Nelson through NetGalley;
opinions expressed in this review are my honest opinion and completely my own.) 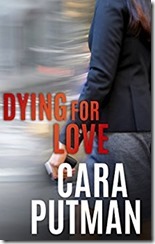 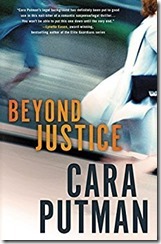