Garden of Her Heart by Shanna Hatfield


Can forbidden love blossom amid the constraints of war?

The moment the Japanese bombed Pearl Harbor, life shifted for Miko Nishimura. Desperate to reach the Portland Assembly Center for Japanese Americans, she’s kicked off the bus miles from town. Every tick of the clock pushes her closer to becoming a fugitive in the land of her birth. Exhausted, she stumbles to her grandparents’ abandoned farm only to find a dying soldier sprawled across the step. Unable to leave him, she forsakes all else to keep him alive.

After crashing his plane in the Battle of the Atlantic, the doctors condemn Captain Rock Laroux to die. Determined to meet his maker beneath a blue sky at his family home, he sneaks out of the hospital. Weary and half out of his mind, he makes it as far as a produce stand he remembers from his youth. Rather than surrender to death, Rock fights a battle of the heart as he falls in love with the beautiful Japanese woman who saves his life. A poignant, sweet romance, Garden of Her Heart proves love can bloom in unlikely places even under the most challenging circumstances.


“Tall, lithe, graceful, and confident, she didn’t need a hero. In his opinion, she was one.”

This story immerses the reader into WWII times and the plight of how Japanese-American’s were treated after the bombing of Pearl Harbour. It was unsettling to learn how they were being treated but the story was not depressing. Ms. Hatfield gave me hope that Miko would be okay. The descriptions of the various settings were so well done that I felt like I was able to fully picture everything as if I was right there. I was hooked on the story from the beginning and easily connected with the characters of Miko and Rock. I could understand the fear that Miko was feeling and had to know what was going to happen to her. I fell for Rock more and more as the story progressed, the way he treated and protected Miko, the way he put aside his feelings and didn’t push Miko but waits for her to be ready, I just loved him so much by the end. The romance between these two included many sweet moments and was very enjoyable to watch bloom.


The secondary characters of Miko’s family, Pastor Clark, little Petey and even Norman Ness added so much to the story. Norman added elements of terror while little Petey was so entertaining that he added many laughable moments. I enjoyed this story so much I did not want it to end. I loved these characters and look forward to reading the next in the series.


“Life has a way of tossing storms and challenges at us when we least expect it. How we weather those storms makes all the difference.”


(I purchased my copy of this book; opinions expressed in this review
are my honest opinion and completely my own.) 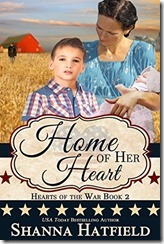