The Engagement Plot by Krista Phillips

Can Hanna and Will Find True Love Amid the Bright Lights of Reality TV? Perfect for the fans of The Bachelor and The Bachelorette!

Six months ago, William stole Hanna’s heart and shattered it in front of millions of people on a reality TV dating show. And now the big-wig CEO is back on Hanna’s home turf in Minnesota and wants her to forgive him? Fat chance of that. But life is swirling around faster than snow in a blizzard, and despite her objections, teaming up with William seems like the only option to rescue her reputation.
William has never regretted anything more than the day he gave that ill-fated interview for the reality show, The Price of Love. But while he can’t change the past, he’s determined to fix the future. He just needs to convince Hanna to forgive him—and pretend to be engaged with him. Simple, right?

When the media erupts with even worse accusations, teaming up and pretending to be engaged seems to be the only way to salvage their reputations.  Despite the media frenzy that swirls around them, an attraction neither of them can fight off begins to surface. Could this love run deeper than a scandal, or will old wounds tear them apart once and for all?  When all seems lost, it’s only with help from above that Hanna and Will may find their happily-ever-after.
Goodreads / Amazon / Christianbook
Krista Phillips Website

“It’s not about you anyways. It’s about bringing God glory.”

After the first scene I had a feeling this book was going to be filled with many hilarious moments and I wasn’t mistaken. I quickly grew to feel for Hanna and the embarrassment she has gone through all because of one comment Will said. I totally understood her angry feelings towards him. Will was frustrating at the beginning. His motives for seeking out Hanna months after he ruined her reputation were more selfish than to correct the wrong he did, it really bothered me that saving his job came first and Hanna second. However Will redeemed himself in my eyes as the story progressed. Both Hanna and Will grew throughout the story and learned a lot about themselves. I enjoy their witnessing their journey.

The banter between Will and Hanna was fun and entertaining, their clashes made for some really hilarious moments. When they were getting along and let their true feelings come out they had some of the sweetest moments.

The supporting cast of characters were wonderful and each added a different element to the story. Carly was the bff that would speak her mind. Emma was the assistant that kept everything on track. Will’s parents and Hanna’s dad were the parents that did what they felt was best for their kids. I loved Will’s parents, they had me laughing at some of the things they said, the way they acted with Hanna was great and his dad was able to challenge Hanna nicely. One of my favourite parts had to be the interactions between the two fathers.

The theme I got took from this story is that the meaning of our life should come from our relationship with God and not be based on our job status or what others think about us. This was an entertaining romance with a bit of a mystery thrown in.


“I’m trying to fix this. So unless you want me to kiss you to quiet down,
I suggest you hush. I’m game either way.”


(I received a complimentary copy of this book from Shiloh Run Press through NetGalley;
opinions expressed in this review are my honest opinion and completely my own.)

Other Books by Krista Phillips: 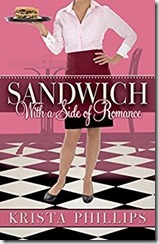 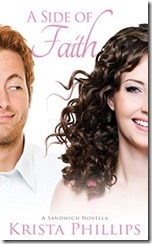 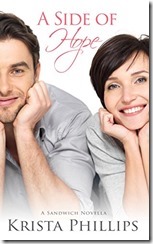 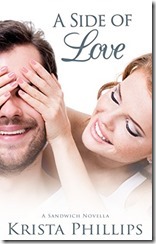