Lyndie St. James is thrilled that her best friend, Elle, is getting married but unprepared for the emotional storm of the wedding week and returning to her childhood summer home of Sweethaven. The idyllic cottage community harbors some of her best—and worst—memories. It’s not only the tragic death of her childhood friend Cassie that has haunted her for ten years, it’s the other secrets she’s buried that have kept her from moving on.

But Lyndie isn’t the only one with secrets.

Cassie’s mother, father and brother, still struggling with the loss, have been drifting further and further apart. And Elle herself, the last to see Cassie alive, carries an impossible burden of guilt. Now reunited, each of them has a choice: to reveal the truths of that night or continue to live in its shadow. That means embarking on a personal journey of the heart—to escape the darkness and all its regrets and to finally come to terms with the past and, especially, with each other.

I chose to read this book without reading the book summary because it was by Courtney Walsh. She has become one of my go to authors. I knew to expect an emotional journey, but I was still taken by surprise with this one. A particular incident happened 10 years ago that has affected each one of the characters and as the 10th anniversary approaches they are forced to deal with the secrets and emotional impact of the day. The details of this day are revealed slowly through various characters and at the beginning I was so confused. I felt like I was almost half way through before I really knew what had happened. (If I had read the summary beforehand, it probably wouldn’t have taken me so long to get there.)

The cast was a diverse mix of people, married and single characters, younger and older, some strong Christians and some just finding their faith. Each character was well written and I connected with each one in different ways. I felt for Lyndie, she has closed herself off to feelings and this is holding her back in her career. Karen feels like a fraud and fears she is losing her relationship with her husband. Elle has found love but feels like it could come crashing down on her any minute if her secret is revealed. Since avoiding Sweethaven is not an option Tucker decides he will follow his pastor’s advice and try to heal from the hurt by addressing it, this is easier said than done. There is so much pain for each character to deal with but if they can get through the fear of sharing their inner thoughts and pain they can find the healing they need most. The main theme I took from the story was learning to forgive yourself for mistakes made in the past.

I especially loved how each man showed the ladies what true love looks like. Two of my favourite moments were the pivotal moment between Elle and Travis, when he shows her just how much he loves her and the scene with Lyndie and Tucker after the church service once Tucker knew the secret Lyndie had been keeping. I was in tears through both of the scenes feeling the pain of the moment. This story definitely took me on an emotional journey but the ending left me feeling like these characters were going to be okay.

(I received a complimentary copy of this book from Waterfall Press through NetGalley.
Opinions expressed in this review are my honest opinion and completely my own.)

Other Books by Courtney: 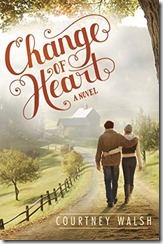 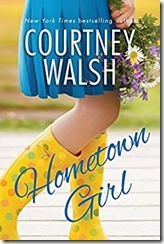 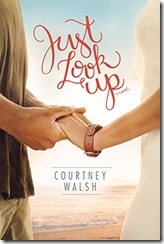 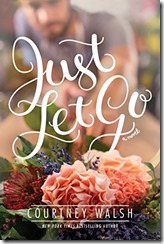