Reeling from a negotiation gone wrong, FBI Special Agent April Ramos is caught off guard when a frazzled young woman shoves a crying baby into her arms, then disappears. Worry for the child’s safety quickly turns to fear when a man claiming to be the girl’s father abducts them at gunpoint. April puts her hostage negotiation skills to use to learn more about who she’s dealing with: Jason Snyder, a fugitive accused of murder.

As Jason spins a tall tale about being framed for the killing of his business partner, April must sort through his claims to find the truth. A truth that becomes all the more evident after April overhears a conversation between Jason and the local sheriff and realizes something more sinister may be happening in their small town of Sweet Briar, Texas. But aligning herself with a known fugitive to uncover the burden of proof could cost April her job . . . or worse, her life and the lives of other innocent people.

How desperate must a man be to take an FBI agent hostage? Can Jason convince April that he is innocent of murder after he has kidnapped her?

I was hooked from the moment the baby is thrust into April’s arms. What is going on and who is telling the truth? I had to keep reading to see if I could figure it out. Is Jason really being framed and if so, why? While we find out fairly early on who the main bad guy is, it appears there are others working with him, but who? I found myself questioning each person April came in contact with. While there were some characters that were obviously the good guys, I was fooled by a couple others, I was sure they were guilty, but it turned out they were on April’s side.

This is one action filled suspense story with a lot happening in a short amount of time. There were times I wondered how April or Jason were able to keep functioning, they had to be running on fumes. Thankfully they had a few people who they could fully trust helping them out.

The romance bothered me a bit, I felt like the pace of the story was halted in order to fit the romance in. While I liked the characters of April and Jason, and could see how they were attracted to one another, the actual romantic moments felt forced and took my away from the main story.

If you enjoy an action filled suspense that keeps you guessing this one if for you.

(I received a complimentary copy of this book from Tyndale House through NetGalley. Opinions expressed in this review are my honest opinion and completely my own.)

Other Books by DiAnn: 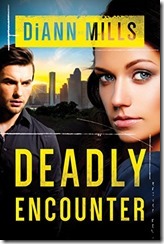 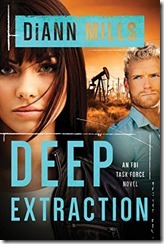