When Maddy McKay and Quinn Holcombe don't show up for Quinn's surprise birthday party, his friends know that something is very wrong. Their search turns up little beyond evidence that Quinn and Maddy just decided to take off for a long overdue vacation. But it soon becomes apparent that they did not leave of their own accord.

Maddy awakens in a cement room with no idea where she is. But it's not long before she realizes she's in the clutches of a madman exacting revenge by hunting. His prey of choice? Humans. Now Maddy and Quinn must run for their lives, hoping to find their killer before the next game begins. Because if they don't win this game, they die.

This is the third book of Ms. Easson’s Elite Guardians series. I became interested in Maddy and Quinn’s story after meeting them the first book, Always Watching, and was excited that book three would be their story. While Quinn is working a serial killer case, him and Maddy end up becoming the target of the killer who refers to himself as “The Chosen One”. This killer decides to play a game with them, can they win? The scenes on the island were very well described that I could picture exactly what was happening, it was scary. Majority of the story was fast-paced but there were some slower moments which focused more on the relationship between Quinn & Maddy. I enjoyed these moments just as much as I enjoyed the action. I did not want to put the book down until I knew everything was going to be okay, the killer caught and Quinn & Maddy in a good place. I liked that Ms. Eason told the story not only from Quinn & Maddy’s point of view but also from The Chosen One. This helped to get to know them and try to figure out who the Chosen One really was. Just when I thought I knew something happened which caused my theory to go out the window. I would recommend reading the previous two books in this series if you haven’t yet to help give you more insight to these characters and the friends who play pivotal roles in this one.

I was excited for the release of this book, as it is the third book in the Elite Guardians series, and i had been introduced to Maddy and Quinn in the previous 2 books which I very much enjoyed.  Moving Target did not disappoint.  It quickly turned quite intense as Maddie and Quinn both end up kidnapped by  “The Chosen One”.  As the intensity slows down, I liked getting to know more about Maddy and Quinn and their stories and personal struggles.  Their friendship develops into love for each other, however they each have some struggles in their personal lives that they need to deal with.  Throughout this book we see the journey that Maddy and Quinn were on in their faith and how their faith develops throughout the book.   I enjoyed this book and would recommend reading the entire series in order. 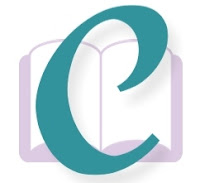 Posted by JaneReads at 9:13 PM