Nothing has felt right in Pastor Jack Wilson’s world since his wife died two years ago. He hoped coming to Lantern Beach might help soothe the ragged edges of his soul. Instead, he feels more alone than ever.

Novelist Juliette Grace came to the island to hide away. Though her professional life has never been better, her personal life has imploded. Her husband left her and a stalker’s threats have grown more and more dangerous.

When Jack saves Juliette from an attack, he sees the terror in her gaze and knows he must protect her. But when danger strikes again, will Jack be able to keep her safe? Or will the approaching storm prove too strong to withstand?

I read this book in one sitting. It did not take me long to grow fond of Jack and Juliette and was anxious to see where this story would go. Through previous books I had fallen in love with Lantern Beach and was looking forward to returning. While the main characters are two new ones friends from the previous Lantern Beach books make appearances and do play roles in this story.

Jack and Juliette are both dealing with doubts and grief. These two meet when Jack saves her from an attack and effectively becomes her hero. In her moment of trauma Juliette pleads with him to stay with her. After arriving at the hospital and getting her help, he can’t get the image of her frightened out of his mind and feels compelled to stay and try to comfort her. As Juliette begins to tell her story to Chief Cassidy, it becomes obvious that someone is stalking her. However trying to figure out who that is is not going to be easy. There were some scary moments and just when you think everything is going to be alright, an unexpected twist happens.

I was hooked on this story and enjoyed following Jack and Juliette as they got to know one another, helped each other with their doubts while in the midst of the threats around them. The bond they formed made me happy, and while I was happy at the ending, I was also sad as I would have loved to spend more time with these characters. However there is good news because I know there are more stories set on Lantern Beach by Ms. Barritt so I can look forward to returning again soon.

(I purchases my copy of this book; opinions expressed in this review
are my honest opinion and completely my own.)

Other Books in Series: 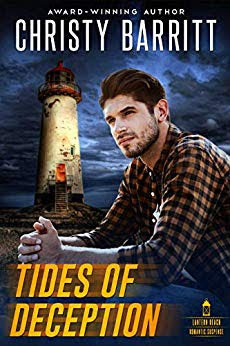 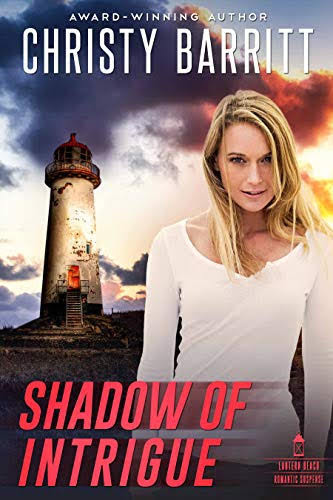 Tides of Deception Review / Shadow of Intrigue Review
Goodreads / Amazon
Posted by JaneReads at 8:00 AM